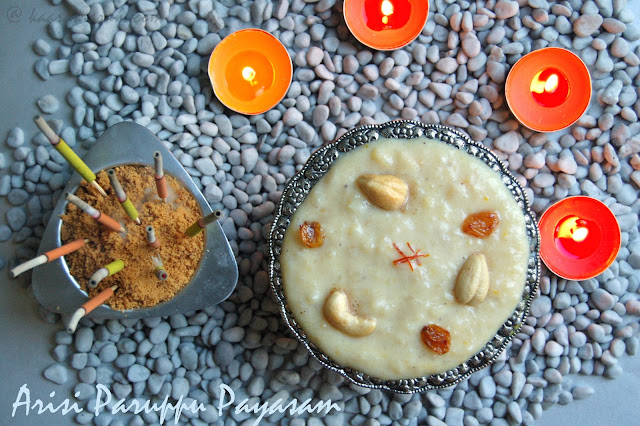 A big salute to "Ezham Arivu" team for making such a wonderful movie. I can't say how much the movie has moved me for the simple fact that it is about a spiritual person , Bodhidharma, who was from "Kanchipuram [காஞ்சிபுரம்] " in Tamil Nadu [தமிழ்நாடு], travelled far and wide and reached China during the 5th century. He was the third son of the Pallava King who had their headquarters in Kanchipuram. 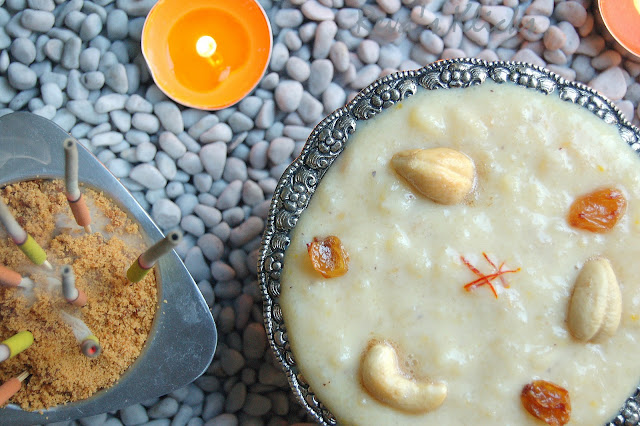 Bodhidharma was the disciple of  Prajnatara who was the 27th patriarch of Buddha which makes him the 28th patriarch of Buddha. Very well trained in Siddha [சித்த வைத்தியம் ],  Herbal medicine [மூலிகை சாஸ்திரம்], Varma kalai [வர்மக்கலை], kalari [களரி] and traditional martial arts [fighting with sticks - சிலம்பாட்டம், hand fight - மல்யுத்தம்], he travelled from Kanchipuram to China which was a three year journey crossing countries and borders, finally crossing Yangtze river and landing in Nan-yueh which is modern day Chinese province of Guangdong, Guangxi and northern Vietnam. 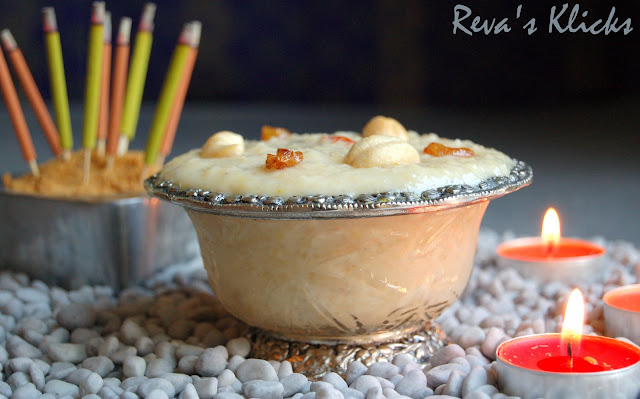 According to the "Anthology of Patriarchal Hall", Bodhidharma moved to Mount Song which is the central mountain of the "Five Sacred Mountains of Taoism" and is located in the Henan province of China. This is were the famous "Shaolin Temple" is located which is considered to be the birthplace of Zen Bhuddism and Shaolin Kung Fu.

Can you understand were I am coming to???

Yes, Bodhidharma was and is known to be the founder and teacher Shaolin Kung Fu and Zen Bhuddism which has spread its wings to Japan.

Bodhidharma is lovingly called as "Damo" in China and even today his statue is present in the Shaolin temple. 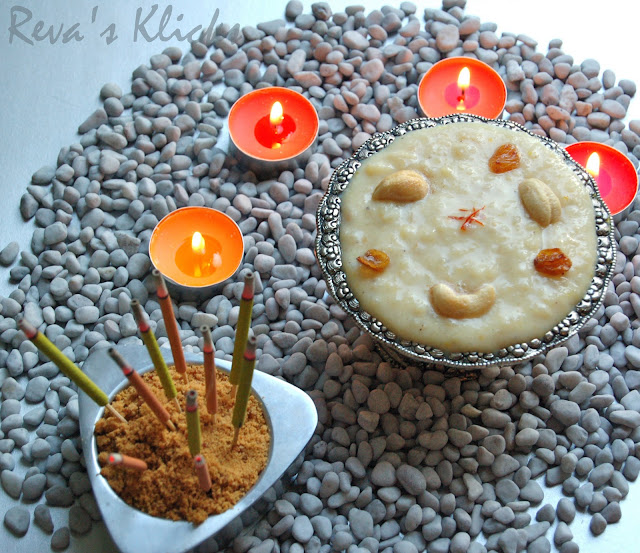 I cringed in shame at not knowing some thing of such value. On further thought, when we are in school or college we read and learn what we are thought from textbooks and to some extent from the web but related to subject matters. I am sure I would have remembered something like this if it was mentioned in our history books. My UG or PG does not involve history, so I am not aware whether this fact or any such facts are mentioned.

If so please let me know!!

The movie in itself leads to so many questions.... Why are we not aware of this great person? Where did Bhuddism which originated in India disappear and why? Please read this link : How Bodhidharma and his buddhism disappeared from Tamilnadu 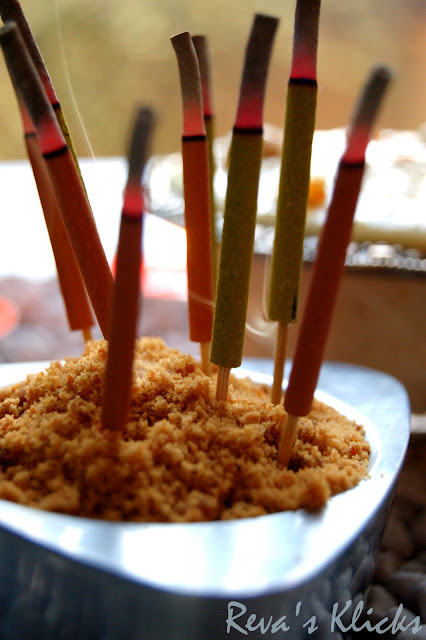 The movie ofcourse is made for commercial purposes with all the entertainment bits but it does convey the message. India is a land of rich cultural heritage, philosophies, art forms, astronomy, medicine and traditions. I am just wondering how much more of history is hidden behind a curtain.

The movie itself begins with normal people, both in Chennai and China being questioned about who "Bodhidharma" is. As predicted none of the Tamil speaking fellow Indians seemed to know while most of the citizens from our neighbouring country knew who he was and addressed him by the name "Damo".

A very big salute to A.R.Murugadoss for making such a movie and bring forgotten and hidden history to light. No better way to show gratitude than by making this sweet treat.

If time permits do watch this movie....

Arisi paruppu payasam is Kongunad special and is my personal favourite..:) This is my gran's recipe and it has quite a lengthy cooking process. 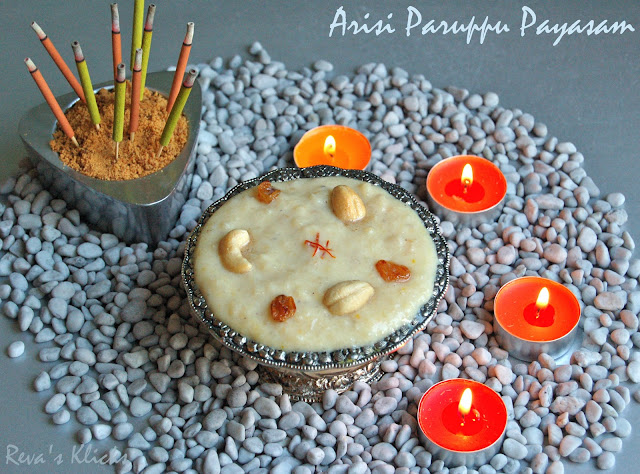 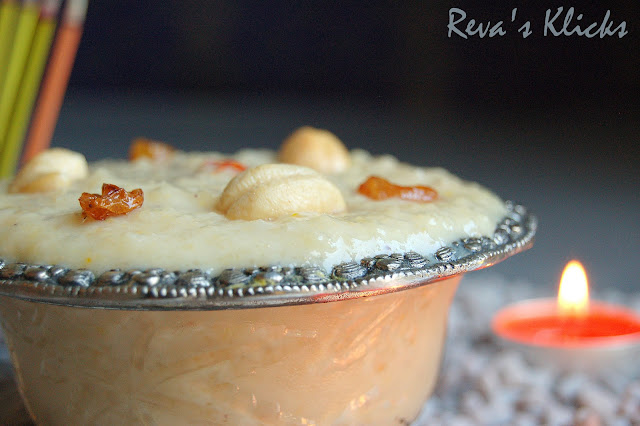 1.Mix the jaggery and the warm water and gently simmer for 7-8 minutes until all the jaggery is dissolved. Once the syrup is slightly thick, remove from flame. Cool and strain. Reserve for later use.
2. In a heavy bottomed vessel simmer the milk for about half an hour. The amount of milk should be reduced to 4 cups.
3.Meanwhile, take the rice and moong dal together in a pan. Add 1 tbsp of ghee and saute in low flame until fragrant. This will take around 5 minutes. Cool and pulse in the mixie, once or twice until coarsely broken.
4.Empty the contents into a pressure pan. In the same mixie jar, grind the coconut with 1/2 cup of water to a smooth paste. 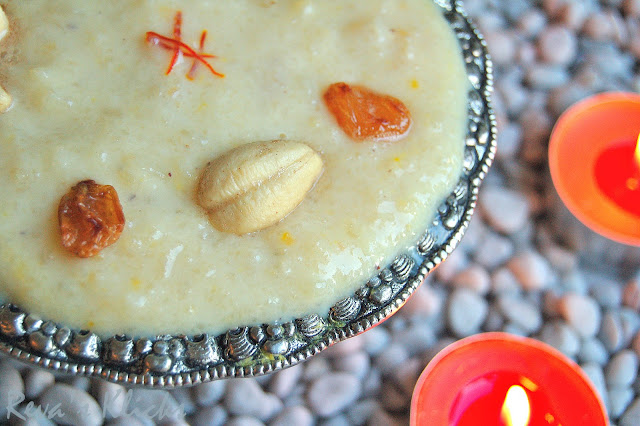 5.Add this to the rice dal mix in the pressure pan. Add the reduced milk, saffron, cardamom and cloves.
6.Close the lid and cook for 2 whistles in medium flame.
7.Remove from flame and transfer the contents to a heavy bottomed vessel and simmer in low flame for 5- 6 minutes.
8. Add the jaggery syrup and mix well.
9. Simmer for 8- 10 minutes, stirring frequently until the payasam has thickened.
10.Remove from flame and add the pachai karpooram [edible camphor]. Mix well.
11. In a small pan heat the rest of the ghee. Fry the cashews and raisins until golden. Add to the payasam.

Serve warm or cold. You can also add one sliced ripe banana preferably [poovan pazham] after removing the payasam from the flame. The heat from the payasam will caramelise the banana giving a wonderful flavour to the dessert. 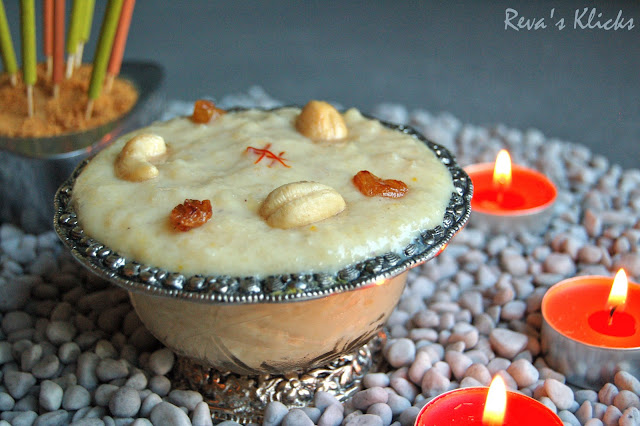 Notes: When roasting the rice and dal, be very careful not to brown the grains. The amount of the reduced milk should around 4 cups. If you are really short of time, then you can completely skip this step and just add 4 cups of milk directly to the ground rice and dal mix and proceed with the rest of the recipe steps.

You delivered the exact feelings I had after watching the movie.I simply loved that movie just for the simple fact that it taught us something new, which our history books didnt.
Whatever the critics says, it such a great attempt by the director .Hats off to him.

I have more than 10times 7Am arivu, some says they dont like this movie,but am very proud to be Tamilian,AKM & Suriya combo never fails na..Arisi paruppu payasam looks fabulous and definitely satisfying..

Sumi, I was stunned when I saw the movie for the first time as India has offered and is offering so much to this world but why are we kept behind the curtains? I am no person to comment on history or whether it was a good film which is worth national award or the Oscars but we all have the right to know what our ancestors were and what they thought the world. It is the very basis to our roots and this is what we will teach our children and their children. I don't believe in critics whether it is for this movie or any movie and I want to make the choice myself. I am just annoyed with the fact that history was hidden from us. I just wish that more of such movies will be made in the future..::)))

as always luv ur clicks and presentation is mind blowing!....

Hello Reva, you have reflected exactly the same things I have felt after watching the movie. I'm sure, the movie would touch the hearts of only those who have emotions for their past and their roots. I guess, it wouldn't impress the others.

I felt almost similar after reading Ponniyin Selvan. Our ancestors have ruled vast areas till the Himalayas and stretching till Indonesia, while still respecting the cultures of the local people and let them live their lives. But, not many of us know these things.

There are many other examples like this, but let to just limit to these things. Even I'm looking forward to goo movies like this. Proud to be a Tamilian and an Indian!! :)

Revathi, Could not have summarized my feelings after watching 7aam Arivu better. It was beautiful... Proud to be a Tamilian!!! Your photos are amazing... the payasam and presentation is great...

Payasam looks simply awesome and pics are simply out f this world !

I loved the movie too...though it was a bit exaggerated on the hynotism part alone...the message and the theme wiped off all the minor minuses I would say....Hats off to murugadas for a wonderful movie at this era where film making is mostly commercial....Nice review and links on bodhidharma, luv to know more abt him :)

I forgot to write about the payasam...apt combo and delicious looking payasam :)

Would love to watch the movie? I have too many questions after reading this post, I barely understand tamil but I could do with subtitles...

By the way the payasam looks yummm...

I enjoyed watching it , wonderful movie.Proud to be a Tamilian :)

You use props so well. I have seldom seen such creativity. Way to go!

Btw, I just did my first ever dessert recipe post. I'd love to hear what you think!

Will try & see the movie..Thank u for the detailed reviews ;) And the payasam is simply stunning!!!
Prathima Rao
Prats Corner

This combo is great and the clicks are awesome.

DO participate in my first event i.e. Desserts with Coconuts

that movie sounds so interesting! i would love to learn more about a culture I am so ignorant about and this so rich and ancient; the dessert looks delicious too. Lebanese cuisine also favors puddings especially for certain celebrations, but this is a decidedly different type of pudding.

Yet to see this movie but your views and comments from others is tempting me to see this.

And the payasam looks really wonderful.

Payasam looks stunning dear. True words on the movie....I am always into these history and stuff.....but it's a shame that I have never come across this name till I see that movie. I couln't understand why some histories were kept secret. But I am sure many Tamil medicines have vanished, as people weren't eager to share their palm scripts and then disappeared by many reasons. (Good that we are recording our recipes online...hi...hi). Palani temple in Tamilnadu also has some unrevealed history behind.....Bogar siddhar is also like Bodhidarma ....but an expert in Tamil medicines....went to China...
Have a nice weekend dear!

nice review of the movie... inspiring me to see it.... payasam looks delicious...

Your presentation is awesome and so tempting!

Wow that's a melt in the mouth payasam to enjoy. Incredible pics.

Wonderful tribute to the movie! I loved the movie and my pride for Indian (and Tamil) roots was reinitialized! Superb payasam too :)

Tempting!!!!!!!!Will definitely try your version of this payasam

I liked the movie overall but could have added a disclaimer at the beginning for fiction and imagination. Could have avoided many conflicts and negative reviews.
Glad that now Tamilian know him.
Payasam looks delicious.

Just mouthwatering...looks so easy to prepare and delicious!

Friends, Thanks for your kind words and support..:) The post was a way to vent my anguished feelings about vanishing and hidden history truths..:)) Now I feel better and much more connected to my roots and my virtual friends..:))
Thanks again..
Reva

Very informative post thanks for enlighting me and the payasam looks tempting.

WE too make this payasam. U have given a superb intro and write up abt the movie. its a worth to watch movie..Feeling proud abt the tamil film industry :)

wow ! stunning pics and an awesome recipe :-) even better was your take on the movie ( I am deprived of any good tamil movies, where I live). So, should definitely watch this Reva !

Recipes to your inbox